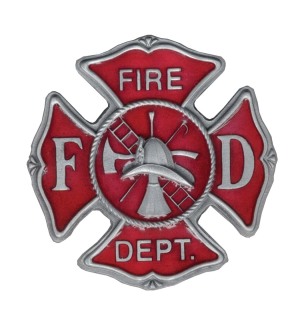 Malcolm (Mike) was born in Bronxville, NY, on July 10, 1933 to the late Malcolm Ross and Ruth Reed Clark. He grew up in White Plains and Chappaqua, NY, and then joined the US Navy, serving as a gunner in a TBM Avenger on the Kula Gulf carrier during the Korean War. When his father became ill, Mike left the Navy and assisted with the family hardware store in Milford, CT. He also became an active volunteer firefighter, and later served as Captain of Volunteer Engine Company No 6. It was then that he met and married Judy, his wife of 61 years.

Demonstrating love and commitment to his young family, Mike built their first home in South Salem, NY. His carpentry skills were again utilized when they moved to Milford, CT, in 1967. Home improvement projects spanned the next 20 years. Later he helped renovate the homes of his daughter and sons. He built stage sets at his churches, and homes with Habitat for Humanity.  He crafted bird houses and bird feeders, children’s playhouses and wagons of wooden blocks and loved playing on the floor with his grandchildren.

Mike was hired by the Milford Fire Department where he was honored to serve for 18 years. He became one of the department’s first EMT​s. When off-duty from the fire department, he worked at Milford Boat Works, loved sailing on Long Island Sound, and camping​. After retirement he and Judy traveled across the country several times camping in​ 47 states. Travel highlights included trips to Israel with their church, Hawaii, Switzerland, Austria, bareboat sailing in the British Virgin Islands, and five months driving from Florida to and around Alaska.

Words friends have used to describe him include kind, compassionate, generous, gentle yet strong, sincere, and hardworking. He left all he met, and places he visited, better off than when he arrived. He was always an honorable man in the old-fashioned sense, one with a never-ending smile.

​​To protect loved ones and friends from the Covid-19 pandemic, there will be no memorial service. In lieu of customary remembrances, Mike’s family asks that favorite memories and stories about Mike be emailed to jclark52@gmail.com​ ​ Contributions in his memory may be made to Cure Alzheimer's Fund, curealz.org

To send flowers to the family or plant a tree in memory of Malcolm R. Clark Jr., please visit our floral store.

You can still show your support by sending flowers directly to the family, or by planting a memorial tree in the memory of Malcolm R. Clark Jr.
Share a memory
© 2021 Merritt Funeral Home. All Rights Reserved. Funeral Home website by CFS & TA | Terms of Use | Privacy Policy