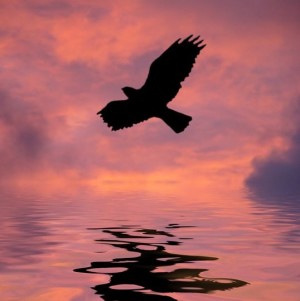 Karlheinz ("Karl") Kinzer of Brooksville, FL, devoted husband, father, grandfather, and community leader, passed away peacefully at home on Monday, November 26, surrounded by loved ones. He was 84 and will be missed by all whose lives he touched. Karl was always full of life, curiosity, and passion, and he pursued many varied interests. He took pride in his German heritage, excelled at carpentry, was an expert sailor, an accomplished traveler, and a talented musician who taught himself the accordion, spinet, organ, and hand bells. Although he had a tall, imposing presence, everyone knew him for his graciousness, gentle humor and kind spirit. Born in New York City on April 7, 1934, to Matilda and Karl Kinzer, who had arrived in the U.S. from Germany, Karl spent his childhood in Canterbury, CT and attended Griswold High School in Jewett City. After graduation he kept close ties with the school, returning to Jewett City every five years to reminisce with fellow alumni at the high school reunions.

Karl met his beautiful bride and wife of 63 years, Janet, through family connections. Janet's family, the Kumpfs, had also emigrated to the U.S. from Germany, and the two families would meet regularly to play cards and socialize. Karl and Janet had met at these social gatherings years earlier, but at one gathering shortly after high school graduation, "sparks flew", and after a whirlwind romance they were married in the Lutheran church in Brooklyn, NY in 1954. Karl and Janet raised their three sons, Karl, Roy and Christopher, in Connecticut, moving to different towns for Karl's work. Wherever they lived, Karl would rejuvenate the space and turn it into a loving home. When they lived in Niantic the family had great times boating and sailing around the Long Island Sound in the beautiful cabin cruiser Karl built by hand.   Karl held many jobs throughout his life, but he was always instilled with an entrepreneurial and independent spirit--a spirit he passed on to his sons. In the late 1980s he achieved his goal of owning a business when he and Janet founded Brookfield Industries, a specialty hinge manufacturing company.   Today, the company is run by sons Karl and Chris and is one of the most successful businesses in Litchfield County. Karl and Janet retired to Gaston, NC in the late 1990s. At this time they developed another passion: RV travel. Together they covered many thousands of miles throughout the United States and Canada. They continued their RV expeditions after moving to Brooksville, FL.

Karl was active in the Lutheran church and attended Christ Lutheran Church in Brooksville. He served as Usher, and Church Elder, and also played in the Church handbell choir. At the end of his life, Karl's faith gave him comfort and he was at peace knowing that he would be returning "home" to God.

Karl is survived by his loving wife, Janet, his three sons: Karl and his wife Luann of Torrington, CT, Chris and his wife Lisa of Plymouth, CT, and Roy and his wife Meliset of Union City, NJ; five grandchildren: Matthew and his wife Katarzyna of Simsbury, CT, Thomas of Fairfield, CT, Aidan, and his twin sisters Tierney and Brenna; as well as many loving nieces, nephews, and relatives.

The Kinzer family would like to extend our gratitude to Dr. Robinson, Dr. Creelen, and all the caring staff at the Moffitt Cancer Center in Tampa, as well as HPH Hospice in Brooksville.

To send flowers to the family or plant a tree in memory of Karlheinz Kinzer, please visit our floral store.

You can still show your support by sending flowers directly to the family, or by planting a memorial tree in the memory of Karlheinz Kinzer
Share a memory
© 2020 Merritt Funeral Home. All Rights Reserved. Funeral Home website by CFS & TA